When A Garden Feels Right

I went to the bank today and came home with a big smile on my face, for on the computer screen, nestled among a selection of dull but sensible salary payment options, was the glorious phrase, “undefined structure”. 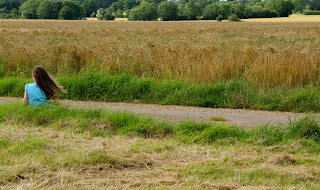 My concentration flew out of the automatic door and instead of talking money, I found myself daydreaming about that golden era of undefined structure: school summer holidays. If I had a superhuman power, it would be the ability to disappear down a rabbit hole or some similar fairytale conduit and be transported back to those blissful summer days when I was nine years old. 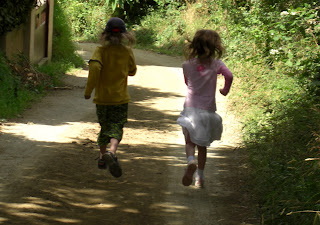 I yearn for undefined structure in every area of my life with one exception: the garden. For me, a garden without clearly defined structure is like a human without a skeleton or a dancer without core strength. Many of us don’t think about our own skeletons until something goes wrong and we behave in much the same way about our garden bones, probably because, like a skeleton, structure in the garden can be such a quiet influence that it is easy to overlook it.

Some people enjoy formal gardens (and it is easy to appreciate the importance of structure in this style), while others prefer informality. I believe that all gardens, irrespective of size or style, benefit from time spent focusing on their structure. Garden bones might be hard landscaping elements such as paving or pergolas, or plants such as hedges, but whatever structure is in place, winter is the best time of year to take a critical look (just think of all the different hedge heights we see in one road of similar houses - one will be more successful than the next). 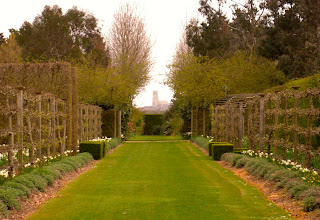 Not many of us create gardens from scratch, which means that most of us work with an inherited structure. By analysing the bones we have, we can see if something can be done to strengthen them. Paths might be improved by following a more pleasing or logical route. Perhaps there is an eyesore from which we need to distract attention, or a beautiful view which would look even better were it to be framed and celebrated. With cold, harsh analysis we might decide that our borders are lacking in some way. Hedging plants or shrubs don't have to cling to the edge like wallflowers at a school dance, they can get out into the garden and throw some shapes, or create a backdrop, or form a static contrast with livelier, airier plants. 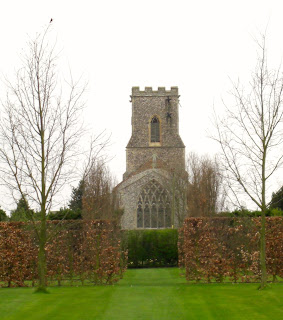 Structural planting does not have to be evergreen as the photo above shows. Herbaceous perennials and grasses might also be used structurally, but whatever plants we select, they absolutely must be reliable in that position in the garden, for if they aren't, we will notice. After all, the peculiar thing about bones is that we tend to forget them when all is well, but they niggle like crazy when something goes wrong.

I will now get off my soapbox and go outside, but first I must tell you about my biggest regret in our farmhouse garden. You may remember that we installed rabbit fencing last year. I must report that it has been completely successful. Clearly this is disappointing news for my superhuman powers.