When is a garden not a garden? It might sound like the set-up to a very bad joke, but it is a question I have been chewing over ever since I decided to undertake a major overhaul of my compacted soil by hand (a tiring and tedious task which gives me biceps of iron and too much time to think). Usually boredom costs the earth because I have a tendency to daydream and my reveries are inevitably expensive. This time though, I haven't had a chance to ponder ideas of massive mortgage-sized proportions and for this we must thank Dame Judi Dench. 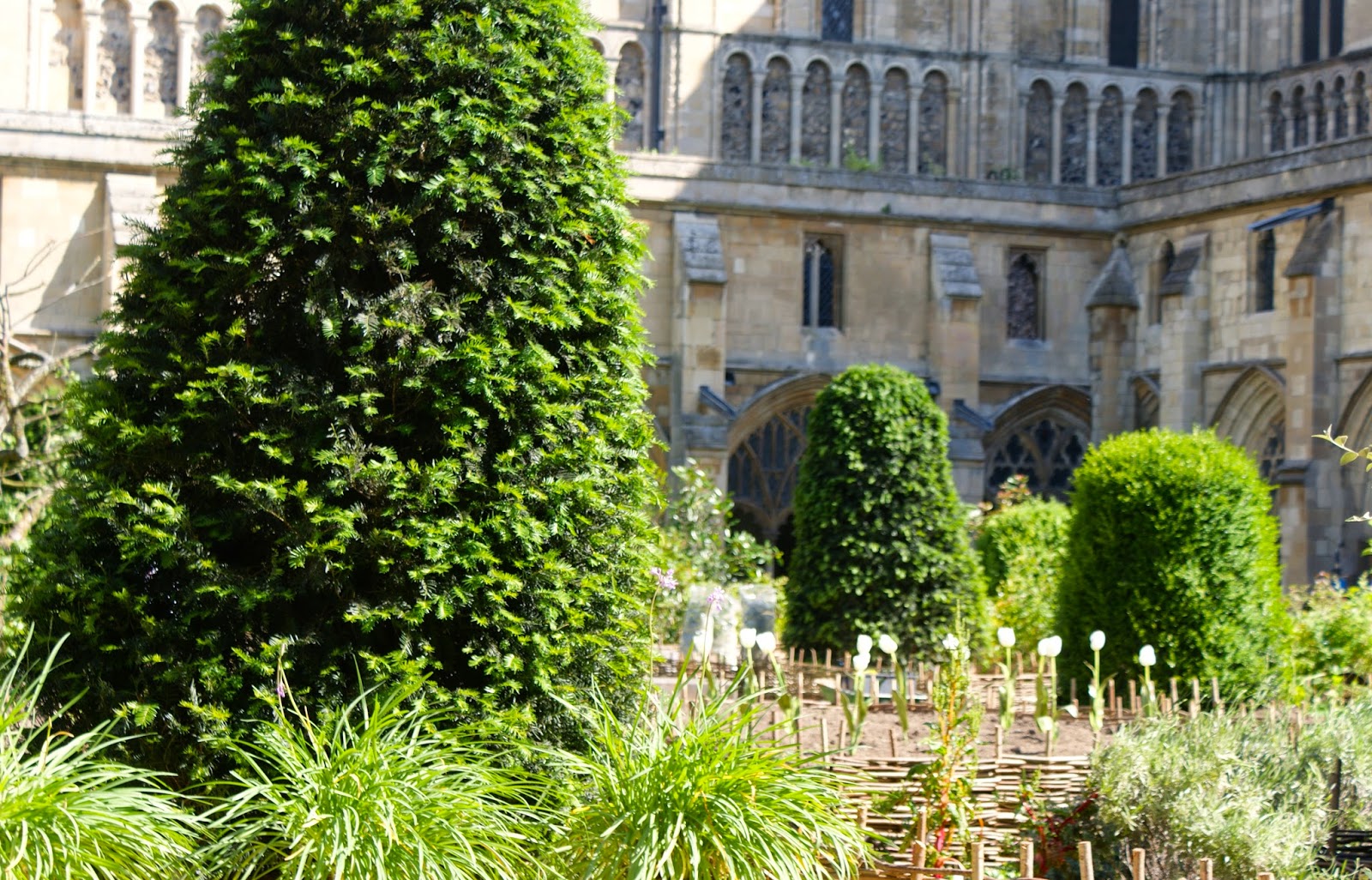 I took the photo above in Norwich. Is it a garden? It looks and smells like one, but if you peer beyond the carefully crafted borders and behind the willow hurdles you will glimpse reality. 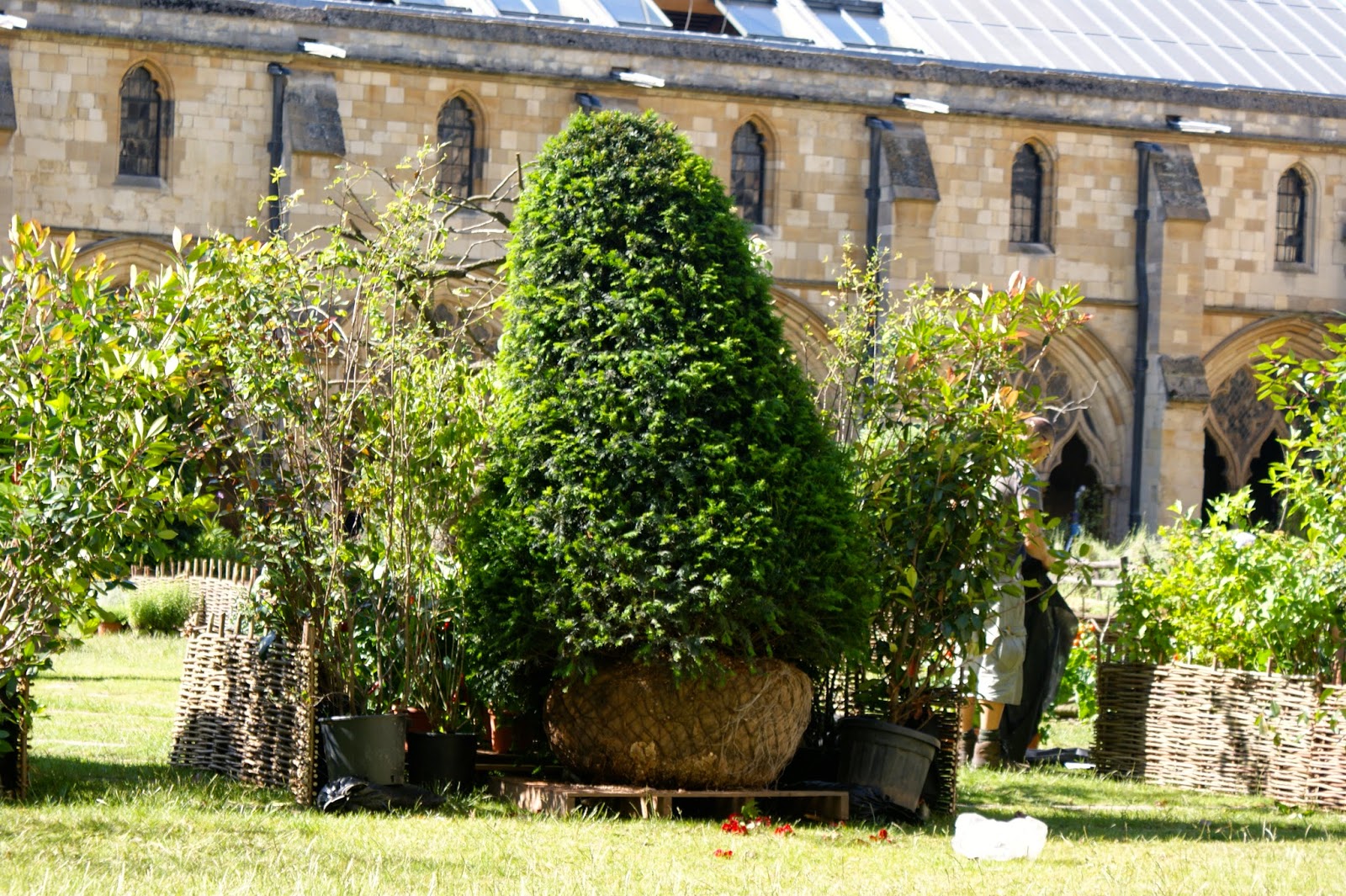 It is a film set. The lawns in the Norwich Cathedral Cloisters were remodelled for Tulip Fever with Dame Judi Dench, Christoph Waltz and Cara Delevingne. So is this a garden? Many of us grow plants in pots. Often these plants are temporarily sited and were we to suffer from indecision and a surplus of spare time, they could be moved every day of the year. So is a container garden a garden? How different are the temporary plant arrangements in the Cathedral Cloisters from those pots of half-hardy annuals we plop into borders to plug a gap? 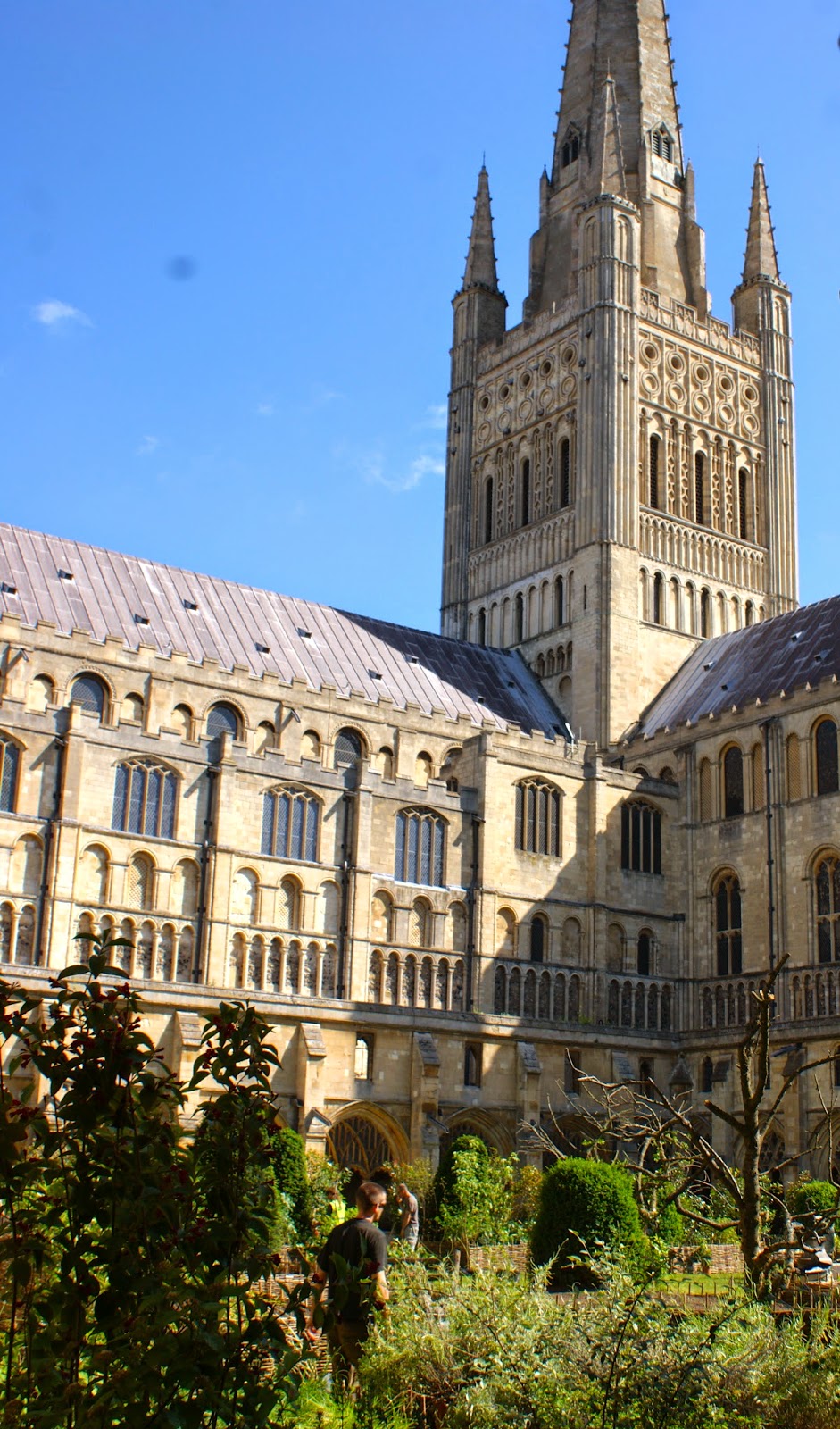 It is intriguing to experience the effect that a garden/film set can have on a place. Certainly the Cloisters felt more romantic, which is just as well since Tulip Fever is a romance. It is set in the seventeenth century, so leaf blowers are out and draw-droppingly beautiful props are in. 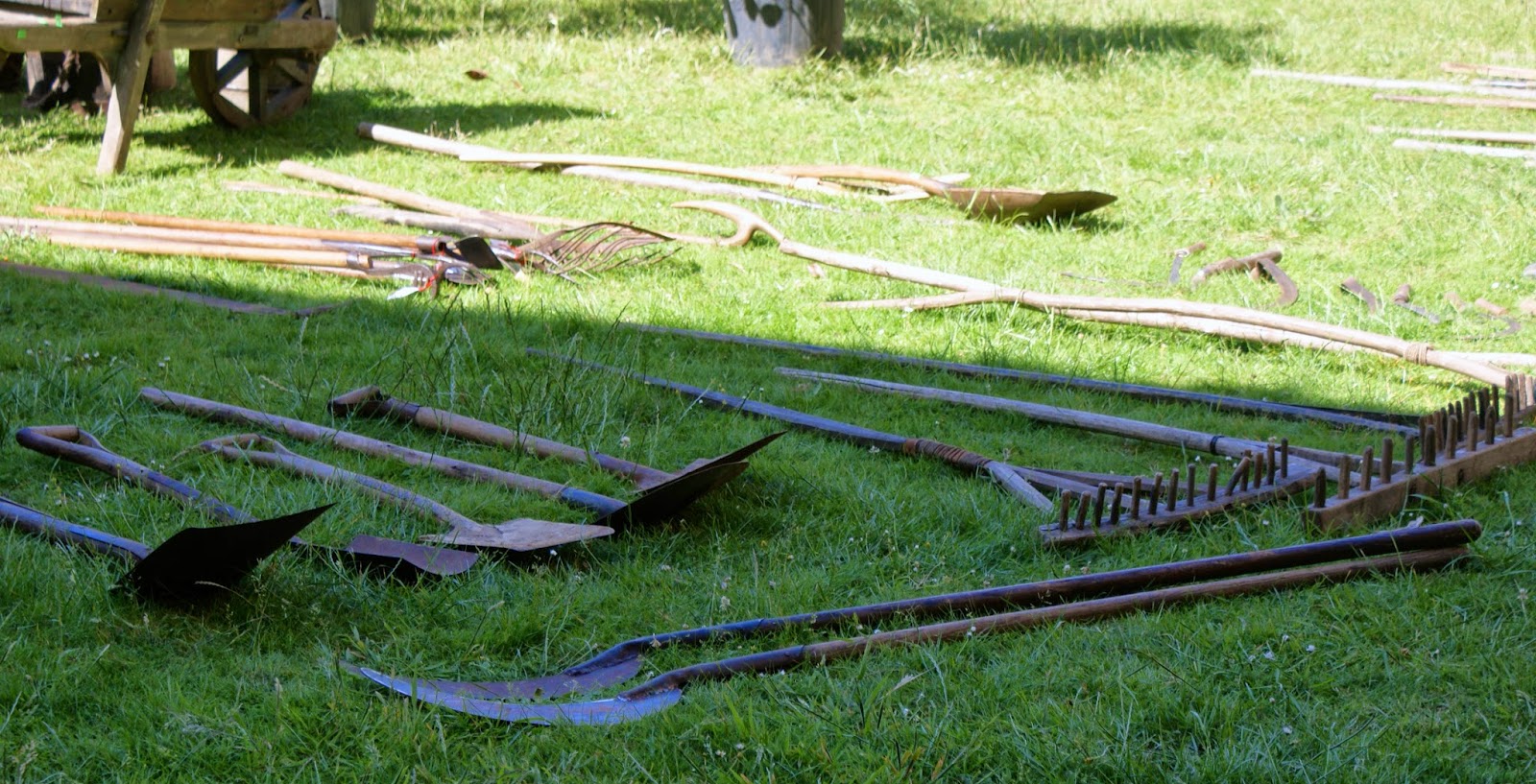 Isn't it strange how some gardening paraphernalia is a delight? Lengths of hosepipe hissing hither and thither do not fill my heart with joy. The number of Chelsea Flower Show gardens with hosepipes strewn across them this year was shocking. Tickets aren’t cheap and visitors deserve better. Yes, I know plants need water, but a few years ago, when I was allowed entry prior to opening, I saw gardens being watered before the paying public arrived. 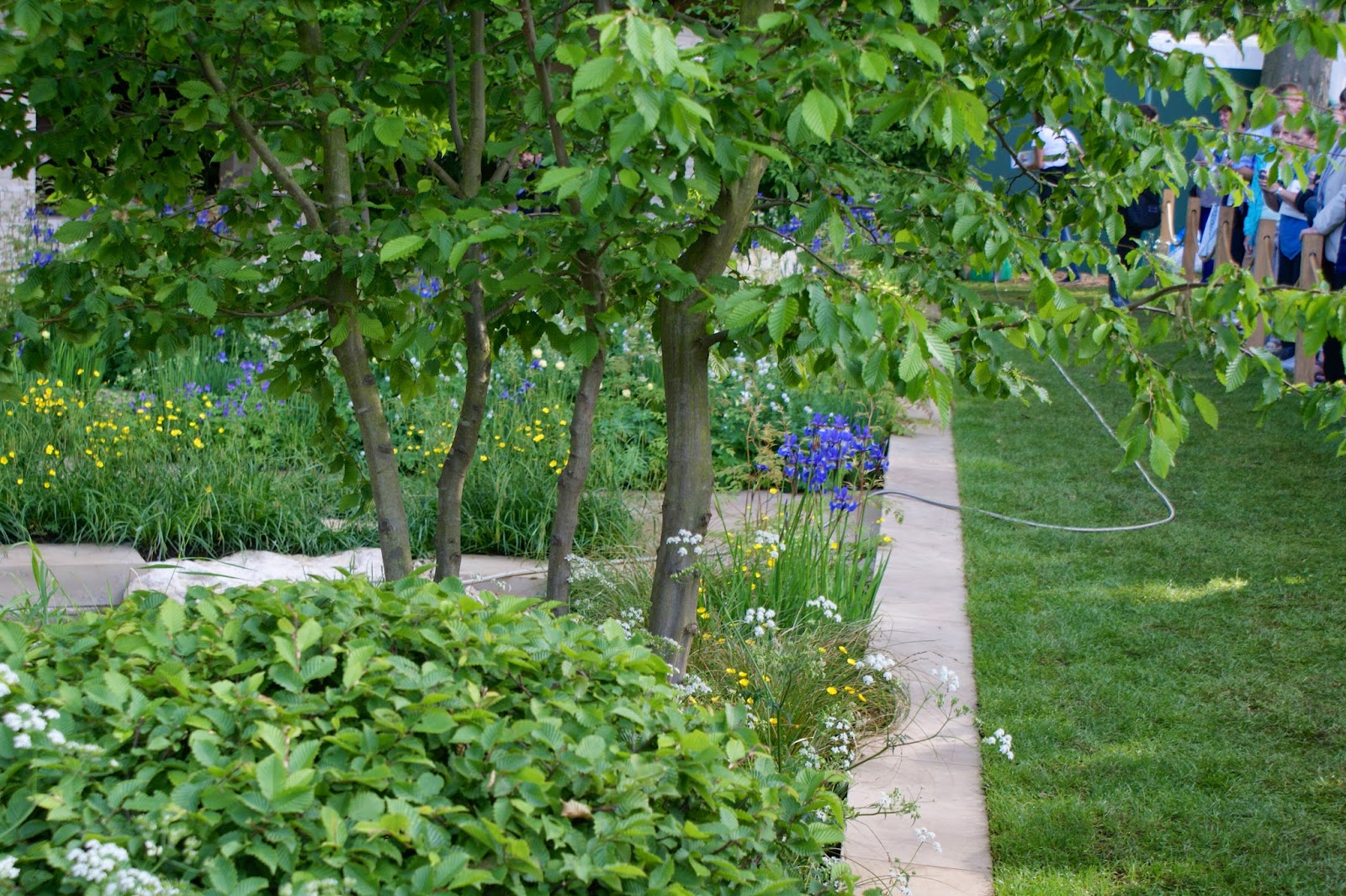 I do not have a problem with the act of watering plants during the show. A person with a watering can constitutes the ever-delightful gardener gardening which viewing gardeners love to see. It is less intrusive as the person will be out of the picture in under a minute and it is encouraging to see a designer taking care of the plants. Here, Luciano Giubbilei with his watering can and a cloth for spillages gives his lupins a drink in his gold medal-winning, Best in Show garden. He really did mop up after himself, taking garden care to a new level (if indeed a show garden is in fact a garden). 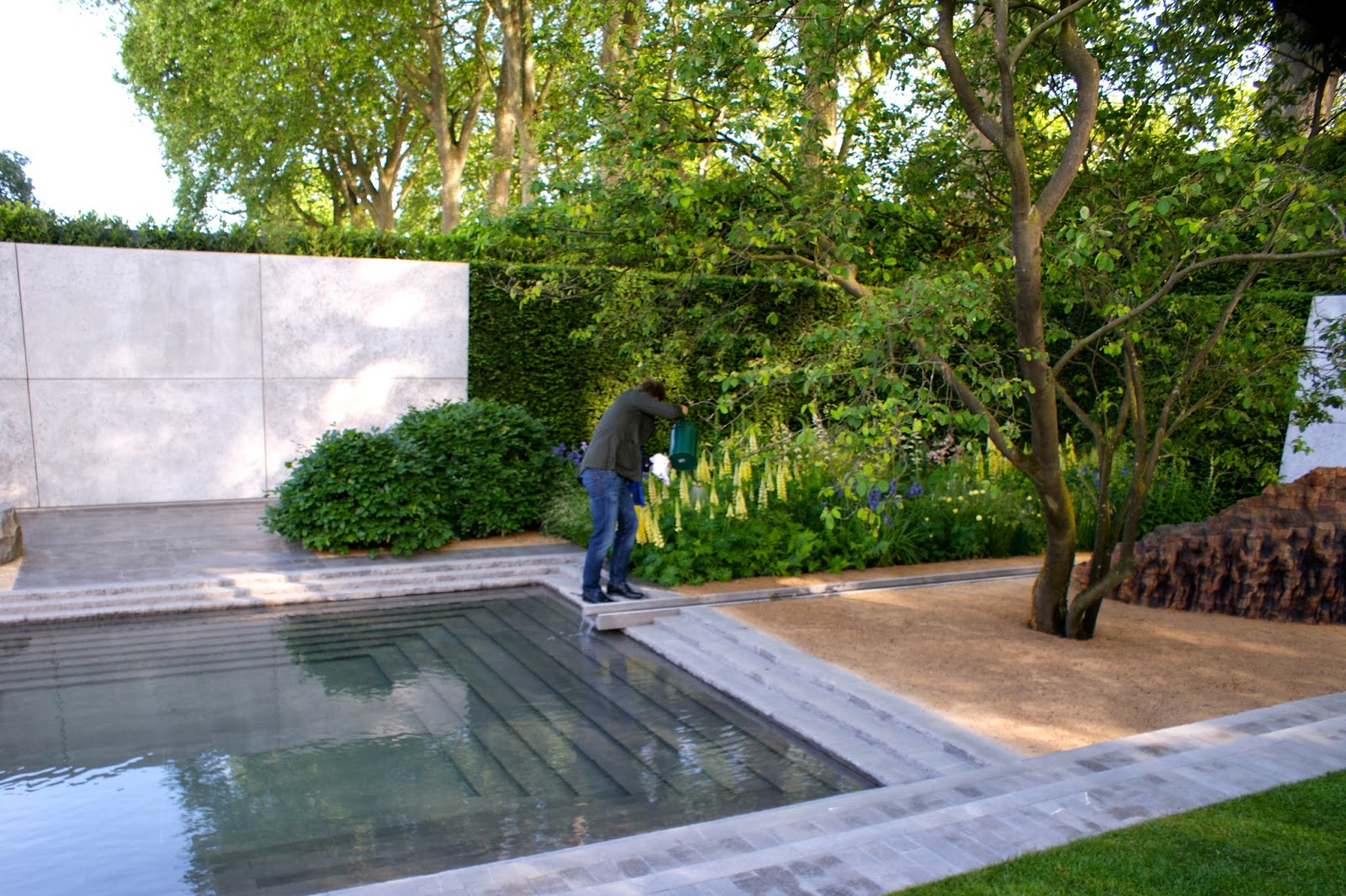 Which brings me back to my original question. Naturally, I sought help from The Oxford English Dictionary. I don’t want to bore you with long definitions, so you will doubtless be relieved to learn that The OED defines a garden as "A piece of ground adjoining a house, used for growing flowers, fruit, or vegetables."
Brilliant! So if that area in front of your house, commonly known as your front garden, is laid to lawn with the occasional tree, it is not a garden since trees and lawns have no part to play in The OED’s definition! Strangely enough, the Tulip Fever set fulfils more of The OED's requirements of a garden than the tree/lawn combination. I wish the people at The Oxford English Dictionary would pull their fingers out and find us a decent definition of a garden to get our teeth into. In the meantime, I am going to chew up the noun, embrace the verb and get out into this... 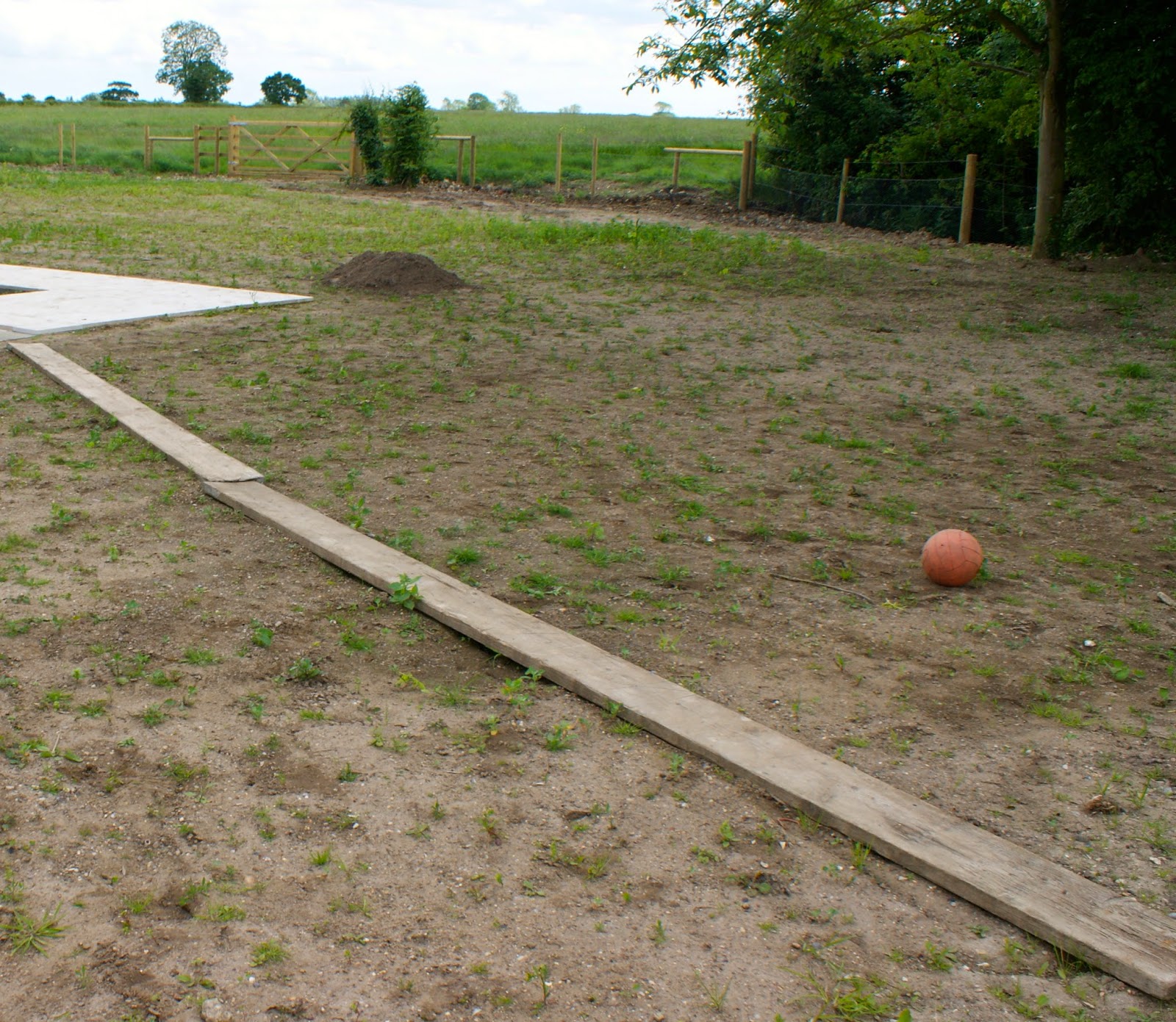 Is it a garden? It has a handful of flowers, fruit and veg and adjoins a house, so according to The OED it is! Plenty of words spring to mind when I look at it, but garden isn't one of them. It's time I got back to digging out the claypan from hell and started daydreaming...
Posted by Sarah Shoesmith at 13:10 27 comments: 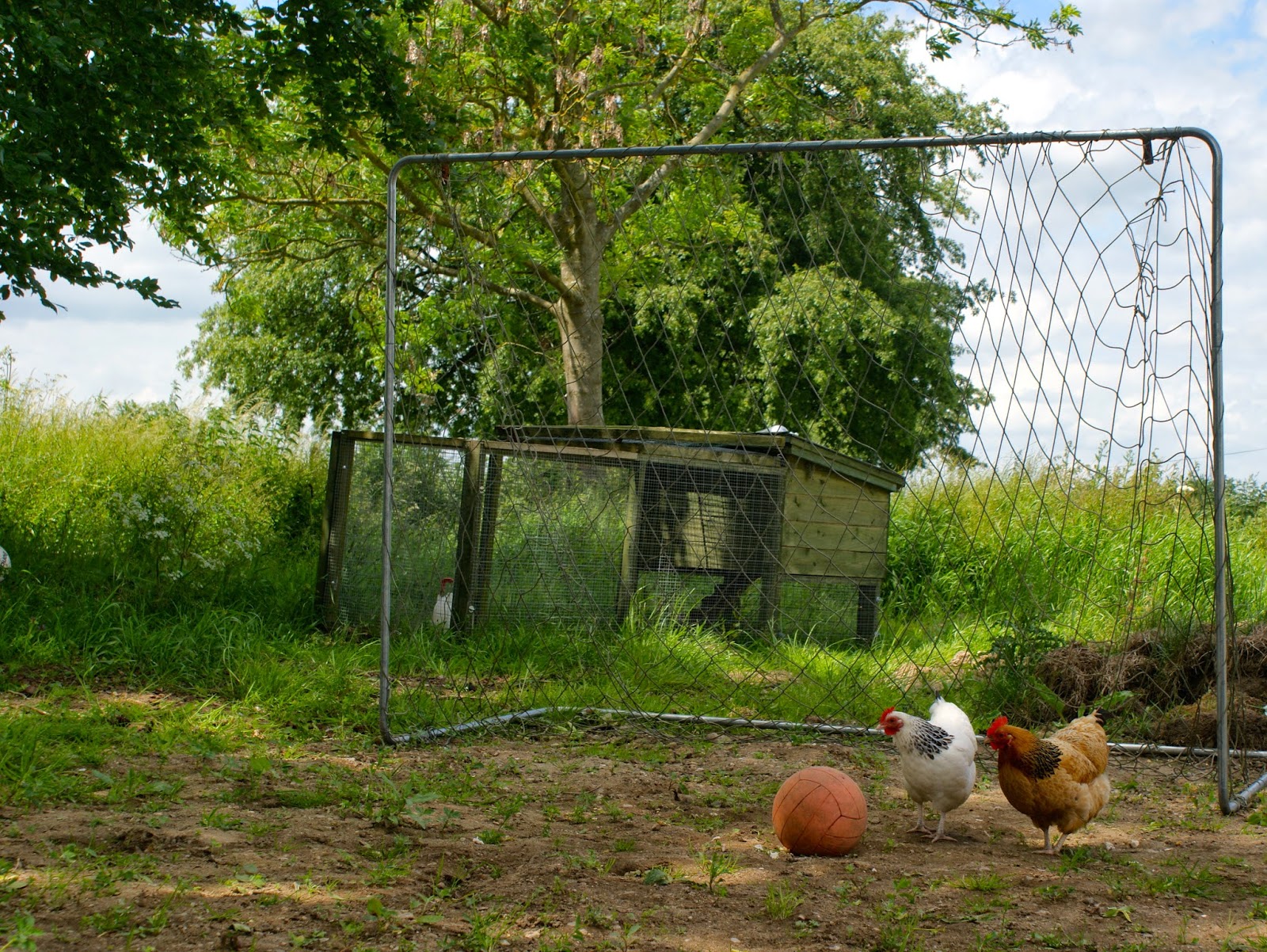 When I was a teenager, a boy told me that I was a rebel. I must have been doing something wondrously hair-raising at the time, like playing Karate Champ under the influence of half a bar of chocolate and a bag of chewy sweets, but the words struck a chord. I rather fancied myself as a rebel in spite of a gaping absence of anything to actually rebel against. If only I had gardened in my teens, I would have found conventions aplenty against which to mount a rebellion. 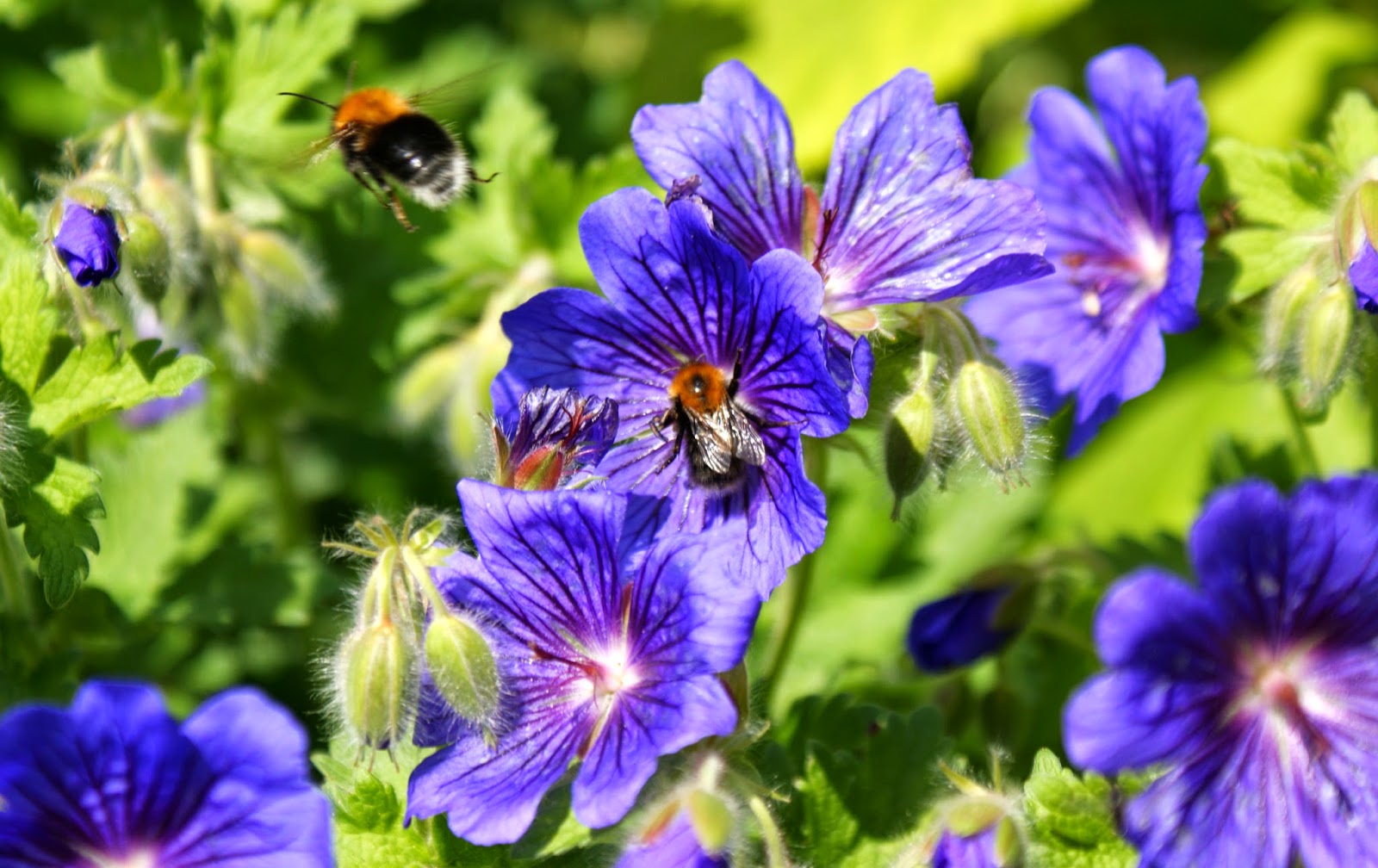 I have just moved into a new office and with me came 200 or so precious gardening books. As I lovingly arranged them on shelves, I reread excerpts (the probable cause of my lack of blog posts of late) and realised how laden with rules these tomes are; and what are rules for? Exactly. 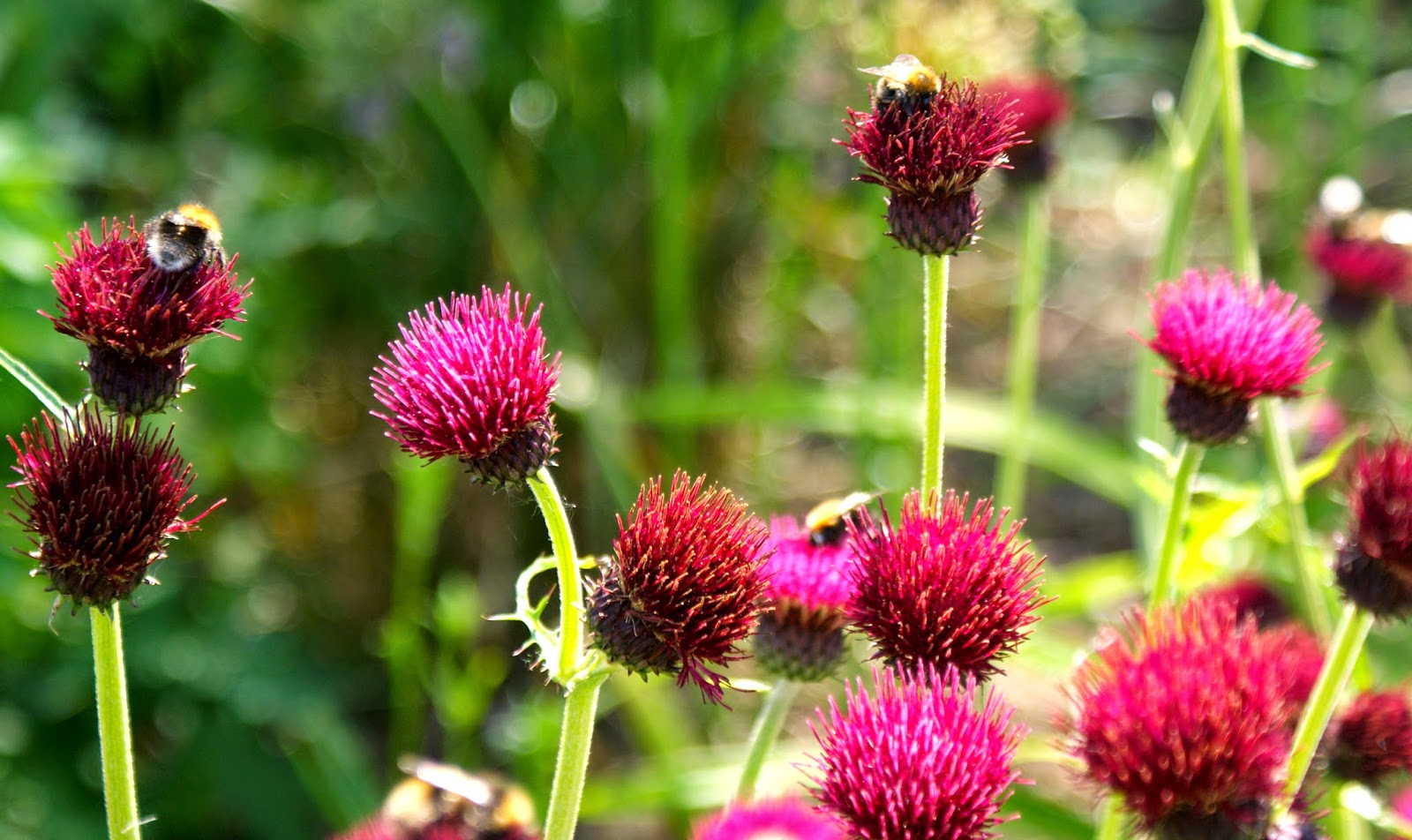 Of course, any act of rebellion against conventional wisdom has to be well thought through. It would be folly to fly in the face of centuries of experience without knowledge. Leaves might yellow and plants could die, or at the other extreme, invasive species might take over and run amok through our borders and beyond. But if we intelligently question accepted wisdom, we stand a chance of experiencing the wonderfully exhilarating buzz of rebellion whenever we veer away from best practice (provided that everything goes swimmingly). 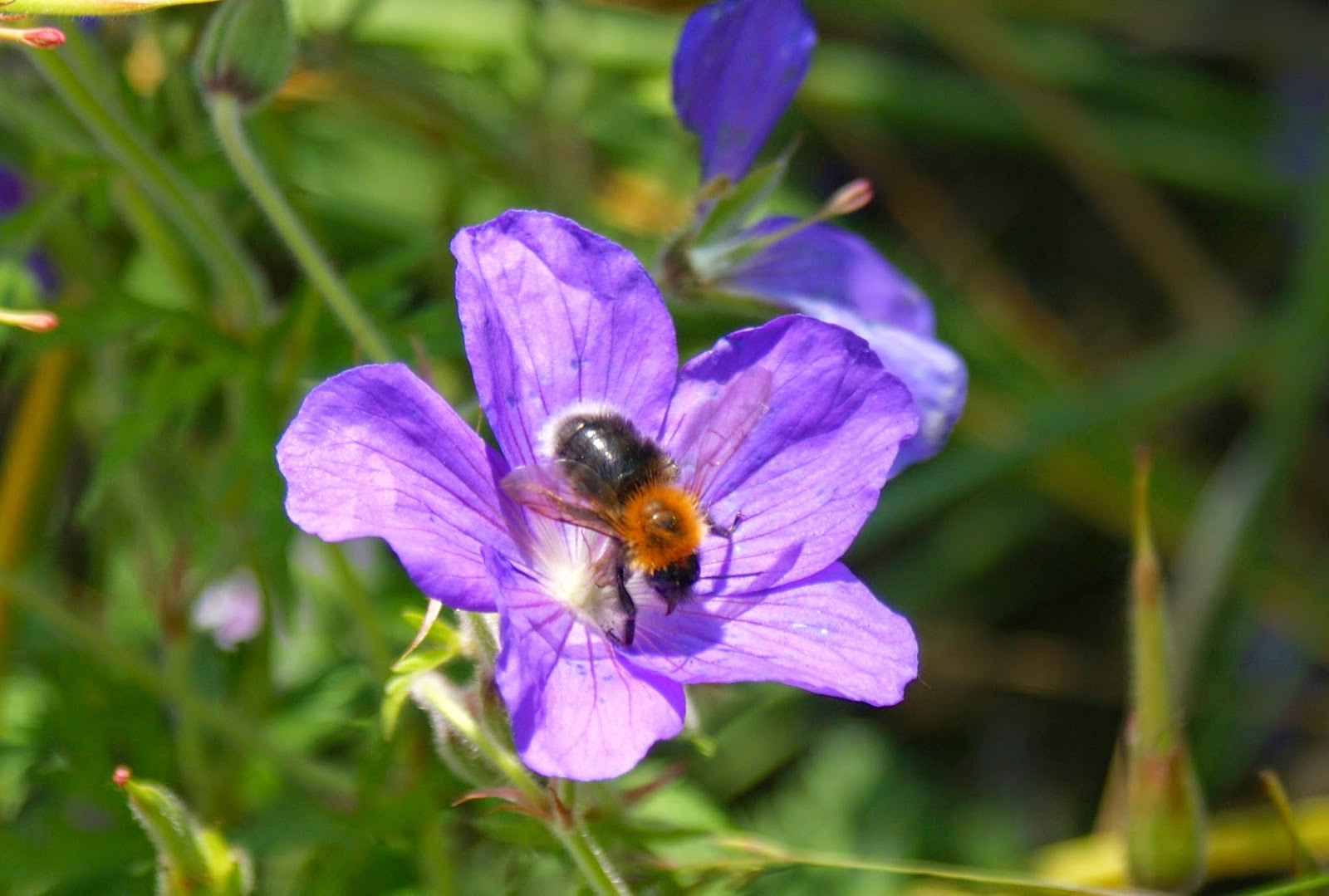 Gardeners are a rebellious bunch. Just think of Christopher Lloyd’s use of colour at Great Dixter or the green walls we see adorning the sides of shops and hotels. This fascination with questioning best practice or fine taste can result in exciting strides away from convention and is one of the reasons why gardening can be so interesting. If we were to garden for a hundred years, we would still not know everything and if we did, some adventurous gardener would soon break with tradition and we would have to reconsider what we thought we knew. 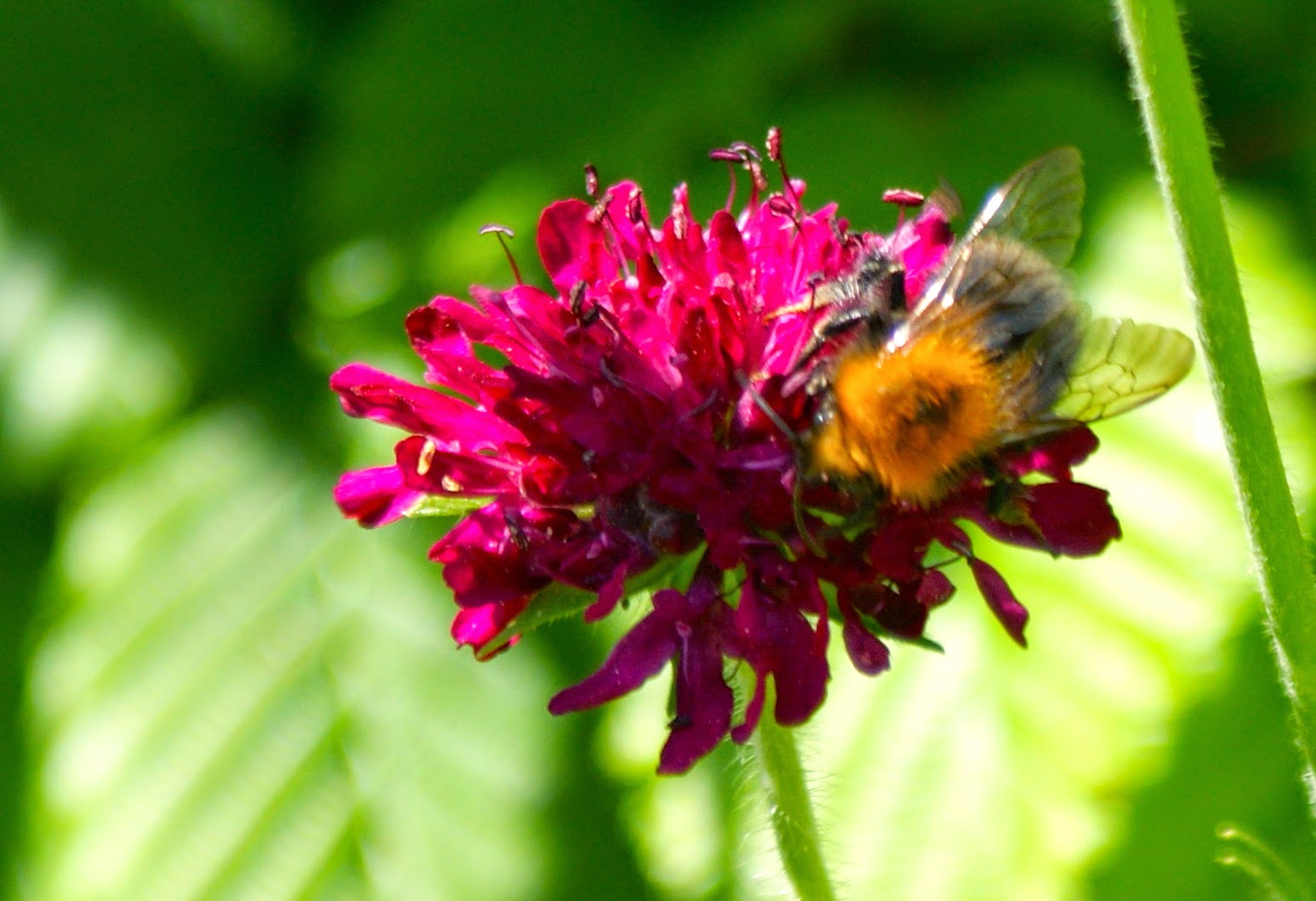 Until recently, we were advised to place broken crocks at the bottom of our plant pots. Then those rebels at Which? Gardening questioned our plant pot heritage and trialled plants with and without crocks in their pots and guess what? Nothing terrible happened to their Million Bells Trailing Yellow plants without those magical crocks and to cut a long scientific story short, we are now advised not to pop crocks in pots. This places the rebels in the gardening community uncomfortably on the horns of a dilemma. It is all very well to say that no crocks is the new crocks, but in order to rebel, clarity is required. How can we fly in the face of convention when convention keeps changing its face? On a selfish note, I have no issues with crocks since I have used recycled polystyrene in pots for years. It may do little for my perched water table, but I like it because it is light and it fills big containers cheaply. I see no reason to change, which is potentially a problem in itself. Is this rebellion or a worrying new development? Perhaps I am not a rebel after all; I may simply have Belligerent Old Gardener Syndrome (BOGS).

P.S. It is always exciting to learn about new ideas and I’m really interested to hear about how you break with gardening conventions. You never know, you may be saving a fellow gardener from BOGS.

and...
We are seeing so many bees this summer! All the photos in this post were taken in the farmhouse garden where Geranium, Cirsium rivulare 'Atropurpureum', Knautia macedonica and even fading Allium hollandicum 'Purple Sensation' flowers are top bee magnets.